A Gathering of Shadows 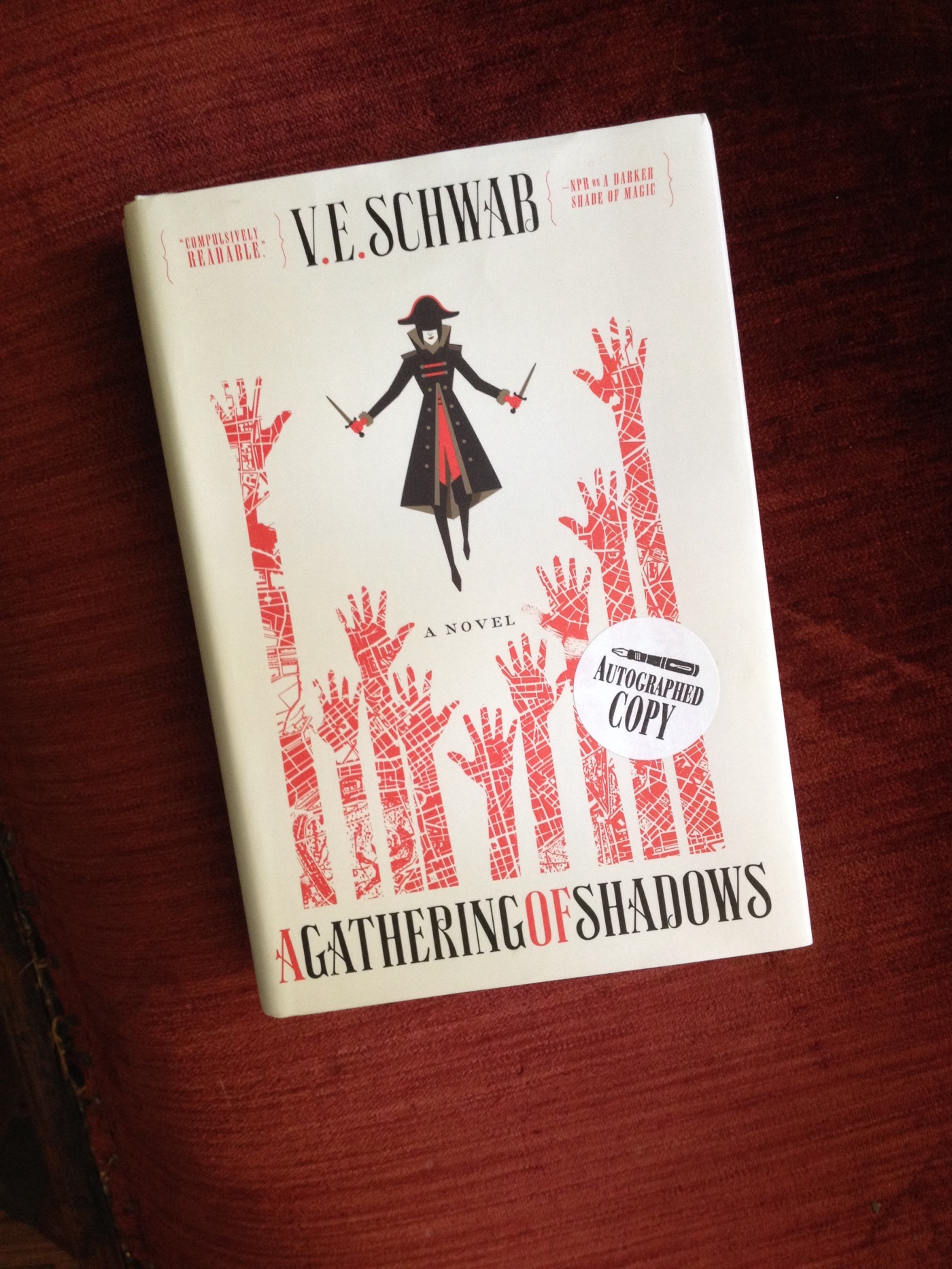 “The world is neither fair nor right, but it has a way of balancing itself.  Magic teaches us that much.”

-Tieren, A Gathering of Shadows, by V.E. Schwab

Schwab is very good with sensual details, and keeps the book grounded with vivid imagery.    Like its cover, almost everything within is black, white, or red.  I haven’t read a book with such a strong sense of color and shape since The Night Circus, and this book reminded me of that one in mood.  I love its parallel-universe premise, where four Londons with varying degrees of magical potential exist side by side, and only a few people born with the skill can travel between them (not a new idea, but the first time I’ve seen it done with cities).  Her plot development is so strong that I read this book in about two days, and then had the urge to go back and read it again.  I enjoyed the development of main character Lila, and felt more kinship with her than I did in the first book, where I felt that she was mostly a trope.  Her story is told by turns with the other main character, Kell, and I noticed more in this book what good foils they are for each other, her selfishness and his loyalty, her impulsiveness and his discipline, she with all the freedom he craves, and he with all the power she pursues.

That said, there are some major technical flaws here due to sloppy writing.  First, the magic has very little consistency.  As far as gate/portal magic goes, Orson Scott Card’s Mither Mages series, beginning with The Lost Gate, is a much cleaner example of this same basic idea.  I was left with a lot of questions about how the magic works, and the characters seem equally plagued by ignorance, despite having lived with it for presumably hundreds of years.  At one point, a character from Grey London, in our world, is discussing religion with Kell, who is from magical Red London:

“It seemed a shallow substitution, but Kell supposed he couldn’t blame the Grey-worlders.  Everyone needed to believe in something, and without magic, they had settled for a lesser god.  One full of holes and mystery and made-up rules.”

Ironically, Schwab’s magic is simply swimming with holes, mystery, and made-up rules.  We won’t be able to tell the mystery from the plot holes until the end of the series, I suppose, but I feel frustrated by all the same questions I had at the end of the first book, none of which have been answered in the second.  Another, more minor issue is that while the entire series is set in various Londons, the language and dialogue throughout is dramatic, casual, choppy, and does not sound particularly English, which made it hard to remember that Lila is supposed to be a British pickpocket from the 1800s.

Read if you like The Night Circus, anything by Tamora Pierce, The Kingkiller Chronicles, the Sandman comics, or V for Vendetta.  Read A Darker Shade of Magic first, of course.